The U.S. Federal Reserve increased interest rates for the first time in more than three years. The rate now will be in the range of 0.25% to 0.50%. In addition to this increase, the Federal Open Market Committee (FOMC) has indicated that they plan on increasing rates in subsequent meetings, depending on the data. The FOMC also expects to begin reducing its holdings of Treasury securities, agency debt, and agency mortgage-backed securities in upcoming meetings, commonly referred to as quantitative tightening (QT).

The forecasts in particular, along with the introduction to the idea that QT will arrive at a “coming meeting” was initially viewed as hawkish. Initially, the yield curve flattened fairly quickly as front-end rates rose faster than long-end while the S&P 500 gave up its nearly 1.5% gain.[1]

Talking to Frances Donald, Manulife Investment Management’s Global Chief Economist, she said what matters during the press conference that follows is the market interpretation of Chair Jerome Powell’s conviction in following the current path. Through out the press conference, he reiterated two important points:

As of 3:33 PM ET, March 16, 2022, despite the markets pricing in six more rate hikes, the S&P 500 Index, Nasdaq Composite Index, and S&P/TSX Composite Index are up 1.4%, 2.9%, and 0.9% on the day,[2] respectively, possibly indicating that they’re not too certain of the Fed Chairman’s conviction in achieving that many rate hikes.

The March 16, 2022 announcement was the widely expected first step of the Fed’s climb up the interest-rate mountain. They have a summit in mind, but it remains to be seen if they can get there, and how soon.

The Netflix documentary 14 Peaks: Nothing is Impossible chronicles the quest of Nirmal Purja (aka Nimsdai) and his team to climb the 14 mountains in the world that are higher than 8,000 meters in record time. The prior record was 7 years and 310 days; his team did it in 189 days!

What’s the significance of 8,000 meters? At that height above sea level, the pressure of oxygen is insufficient to sustain life for an extended period. It’s a very high-stakes game that mountaineers play. Above this level, without supplemental oxygen, you‘re on borrowed time. The body begins to break down as your brain and lungs starve for oxygen, which is typically one-third of what it would be at sea level.

You may be asking, what does climbing the world’s tallest mountains have to do with U.S. central bank policy?

The chart below illustrates previous U.S. Federal Reserve tightening cycles since 1970 and each cycle is the proverbial mountain that the Fed must climb, increasing rates to reach its final goal of full employment, stable prices, and moderate long-term interest rates. 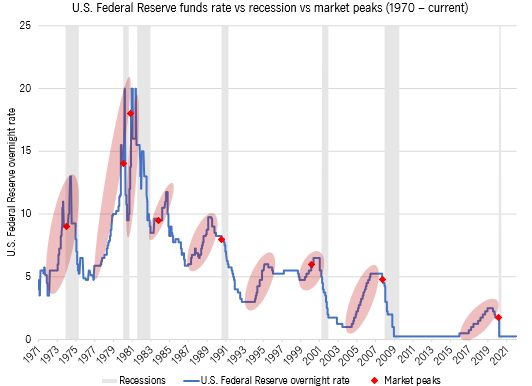 Like each 8,000-metre mountain, each of the previous nine tightening cycles is unique. The pace of each differs, the relative level of interest rates is different, the geopolitical backdrop is different, inflation levels differ, and so on … but there are also similarities:

The path is not set in stone—there’s one guarantee, that there’s no guarantee

As air rises over the mountains, it cools. As air cools, moisture precipitates. What looked like cloudless air in the horizon can easily become a storm as it’s lifted over mountains. You could see nothing coming, and then be in the middle of a whiteout blizzard. Weather changes make snow that’s waist deep even harder to climb at 8,000 metres, and of course, after snowfall, there’s a higher chance of avalanches. Nimsdai and their team were impacted during their ascent on Mount Dhaulagiri where they left for summit at 9:00 PM hoping to summit the following morning but due to the changing weather, they summited at 6:00 PM, nearly taking 21 hours!

Like Nimsdai, central bankers have a rough plan in place but often are required to reassess the environment and plan a new route. In August 2015, the markets were pricing 2.5 Fed rate hikes by the July 2016 meeting. The first hike came in December 2015 and the plan was to gradually increase its benchmark interest rate so long as job growth remained strong. However, potential hikes for 2016 were put on hold after collapsing oil prices and fears of a slowdown in China created an unknown backdrop.[3]

Investors tend to look back at historical outcomes in an attempt to better understand the future. With their announcement, the Fed has started a new interest rate hike tightening cycle. Can history provide some clues to what to expect? As the tables below highlight, there are three main points:

Mistakes typically don’t happen at the beginning of a climb

In the “Fed rate-tightening cycles chart” above, recessionary periods are indicated by the grey vertical periods while market peaks are represented by the red diamonds. Let’s focus on the Fed rate-tightening cycles that started in 1983, which are more likely to resemble the path of gradual increases that we anticipate this time. Most of the time, the recessions and market peaks typically occur near or after the Fed has stopped hiking or after they arrive at the summit. As you get closer to the peak, the risks become greater. Did the mountaineers climb too quickly without allowing their bodies to adjust to the thinner air, causing altitude sickness? Did they go too slow and the changing weather forced them to abandon their attempt at the summit? Like a mountaineer, the Fed has to make the perfect climb to claim success. And it doesn’t stop there.

Summiting a mountain is a daunting prospect, but the danger is often just beginning. In fact, while hikers may feel they have completed the hardest part, after reaching the peak, 50% of falls occur after conquering the climb. A mix of loose gravel, uneven ground, exhaustion, and the physical exertion of walking downhill all combine to make the descent a more treacherous journey than the climb. Falls account for around half of all mountain hiking accidents.[5]

Similar to mountaineering, mistakes rarely happen at the beginning. They occur towards the end when the environment is more dangerous and there’s less room for error, whether it’s the altitude or interest-rate level.

Is there actionable advice to provide from analyzing previous U.S. Federal Reserve interest rate  tightening cycles—like when the CBOE Volatility Index (VIX) is above 30, or when leading economic indicators break the zero threshold, or when the 10-2 Treasury yield curve inverts? In sum, no.

Each interest rate tightening cycle is unique, like the fourteen 8,000-metre peaks in the world. Looking at today, there’s no previous tightening cycle that mimics the current environment. There was never material geopolitical risk, supply chain issues, or pandemic impacting inflation or economic growth levels and factoring into the Fed’s decision-making process.

However, we can use some general rules of thumb:

As the year progresses, we continue to believe that the Fed will raise less than the six times that’s currently being priced in and that Russia-Ukraine tensions will ease, leading to a pivot in the negative narrative that has unfolded since the start of the year. A change toward less hawkish sentiment coupled with a good fundamental backdrop provides a positive path forward for returns. The key to success in mountaineering and investments is to stay focused on what matters and understand the environment so that you can adjust to the changes if necessary. 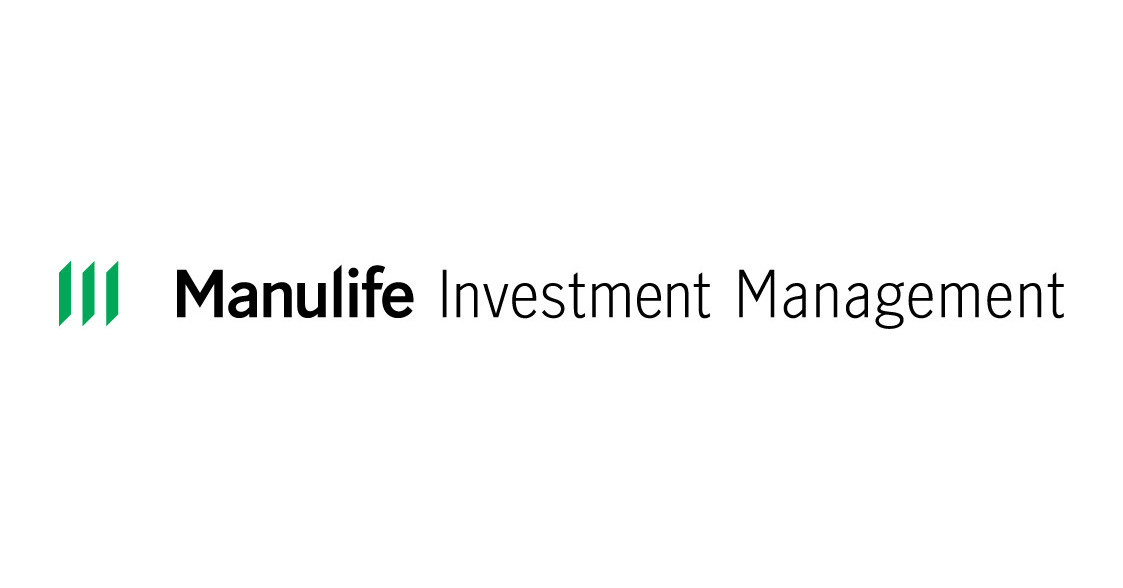 A rise in interest rates typically causes bond prices to fall. The longer the average maturity of the bonds held by a fund, the more sensitive a fund is likely to be to interest-rate changes. The yield earned by a fund will vary with changes in interest rates.

Currency risk is the risk that fluctuations in exchange rates may adversely affect the value of a fund’s investments.